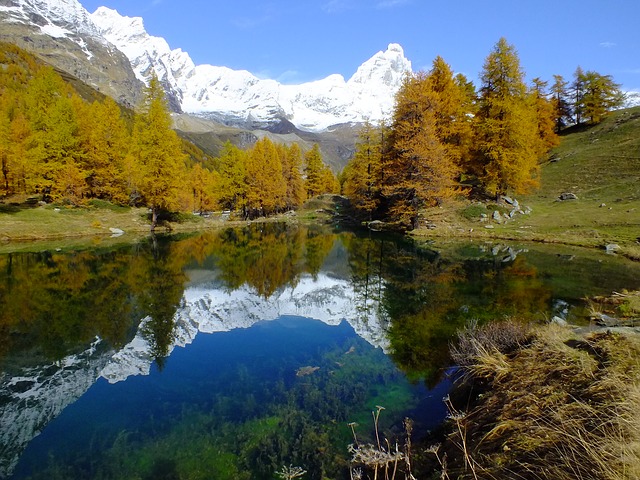 Aosta Valley is the smallest region in Italy; in its northwest, it is located between France and Switzerland. At its core are its majestic peaks (the region is, after all, mostly mountainous). Here we can find the highest peaks in the Alps: Cervino, Monte Rosa, Gran Paradiso and the king of them all, Mont Blanc, which at 15,781 feet is the highest mountain in Europe, the roof of the old Continent.

Those who are not familiar with mountaineering can use the comfortable, yet thrilling, cable car; catch it just a few miles from Courmayeur, one of the most important ski resorts in the world.

In this setting of stately mountains and diverse valleys sits the oldest National Park, the Gran Paradiso, where it is still possible to see animals in their natural habitat – ibex, chamois, eagles and marmots live in vegetation that changes according to the surrounding environment.

Historically, the Aosta Valley has been viewed as land of contact and conjuncture between Italy and France; such is also reflected in its official bilingualism and its special status as autonomous region. The great modern tunnels of Gran San Bernardo and, even more so, those under Mont Blanc – extraordinary engineering masterpieces that run to France – highlight even more clearly this aspect of intersection between Italy and the rest of Europe.