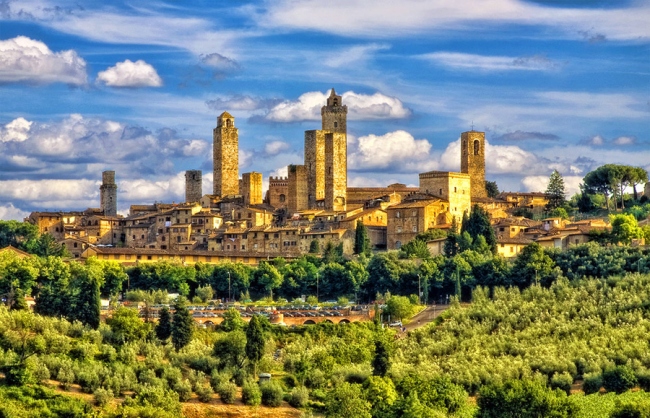 The foundation of San Gimignano dates back to ancient times. According to legend, in 63 B.C. two brothers, Muzio and Silvio, two young patricians escaping from Rome after their implication in the conspiracy of Catiline, sheltered in Valdelsa and built two castles: the Castle of Mucchio and the Castle of Silvia, which would develop in the future San Gimignano.

The first historical document mentioning the name of the town is dated 30th August 929, when Ugo di Provenza donated to the Bishop of Volterra the so-called Mount of the Tower “prope Sancto Geminiano adiacente” (next to San Gimignano). The name of San Gimignano probably comes from the bishop of Modena. According to legend, during the barbaric invasions the saint appeared miraculously on the city walls, and saved the town from Totila’s threat.